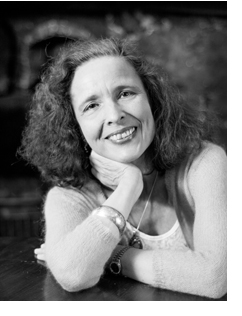 Kathy began to study piano when she was six. She brings a unique and wide-ranging assortment of abilities, experiences, and passions to piano education.

During the period of her life primarily devoted to composing, Kathy earned her Ph.D. in composition and theory. She had pieces performed by world-class musicians in New York, San Francisco, Philadelphia, and other metropolitan areas. She held fellowships at the Wellesley Composer's Conference, Atlantic Center for the Arts, the Djerassi Artist Colony, and for each of the years of composition study at university. Her doctoral dissertation about musical expression of ethics, which appears in abridged form in On the Music of Stefan Wolpe: Essays and Recollections, reflects her interest in the social dimension of music, a focus that is still evident in her professional choices and in the substance of this website.

Having always been predisposed to observe musical culture, she studied cultural theory with major figures in the academic world, including Richard Taruskin and Susan McClary at UC Berkeley. Toward the end of her formal education, she developed a passionate interest in the talent explanation of excellence, the utility and substance of which she still feels driven to question.  She is informally a collector of stories about socio-musical experiences in childhood, which influence her particular orientation as a teacher.

Kathy has gained considerable perspective about teaching piano from having retrained her body to play using the Taubman approach. Her studies through the six levels of the Taubman Seminar influenced her to look for answers in the fields of cognitive science and biomechanics to the problem of making Taubman's brilliant ideas more generally accessible and intuitively obvious.

In spite of having heavily specialized in music, Kathy is a generalist at heart and applies her broad view to teaching music. She studied art (painting) and architecture as an undergraduate and is a skilled designer of interior and exterior spaces. She has read voraciously: novels, nonfiction, philosophy, spirituality, religion, culture, politics, energy medicine and holistic approaches to health, food, cookbooks. She has worked as an editor for scholarly journals. She has studied languages for the fun of it and has enjoyed and appreciated many kinds of music. She has done volunteer work with people facing significant barriers: she has worked a domestic violence hotline, organized dinners for homeless people, taught illiterate adults to read, been a political activist. She has fixed houses. She is a student of ballroom and Latin dance. She is the parent of a wonderfully unique teenager.

Kathy is known as a highly creative, dedicated, and engaging teacher who is enthusiastic about the potential of each student. In teaching, a well-chosen metaphor can accomplish so much more than thousands of words. All of Kathy's experiences are fodder for the teaching metaphors that she constantly targets toward individual students as well as toward her reading public.